Q: I'd like to use MainBoss Basic in my own language, but the language isn't supported. What can I do?

In order to operate in a particular language, MainBoss needs a message file containing appropriate text strings in the given language. For example, if you want MainBoss to operate in Dutch, you need to create a Dutch message file.

If you are interested in creating such a file, MainBoss support would be happy to help you do so. The rest of this web page provides a general overview to get you started.

All message files have names of the form msgXXXX.txt where XXXX is a code indicating the language. For example, 0016 is the code for Portuguese. The codes are based on Microsoft's system for numbering languages.

To determine the code for a particular language, you can use MainBoss. Start the MainBoss program, login as Administrator, then look at Administration -> Preferences -> Custom text. This opens a window that lists current message files.

Click the Create Custom button in this window. MainBoss opens a list of recognized languages; each entry in this list ends in a message code. For example, the message code for Belgian French is 080c.

You will notice that in addition to specific regional designations, there are a few "unspecified" numbers in each language category. For example, in the set of English language codes, there are a number of codes related to specific English-speaking countries, but there are also two generic entries: English 0009 and English 0409. These can be viewed as catch-all codes for countries not in the list.

Once you have found out the code you need, create a file of the appropriate name. For example, if you're creating messages for Belgian French, the file should be named msg080c.txt.

For the sake of illustration, the rest of this document will use Belgian French as an example, using the message file msg080c.txt.

For Belgian French, you would copy the msg0000.txt file into msg080c.txt.

Here is a typical line in the original msg0000.txt file:

The first item (CONTROL) specifies that this is the label on a control (for example, a text box or button). The second item (By Date) is the string that the software uses internally for this label; the third item (also By Date) is what the MainBoss program actually displays.

In the German version of the message file, the line reads

Similarly, in the French version of the message file, the line reads

Here is another line from the original msg0000.txt file:

This specifies the name that MainBoss displays for the Tables menu in the MainBoss menu line. The corresponding entry in the German message file is

and the entry in the Spanish message file is

Notice the use of the & character. In Windows, the & is used to mark a shortcut key for menus. On the MainBoss menu bar, you will see this key underlined, as in

The user can access the menu item by typing <Alt+T> for all three. As a service to users, it is a good idea to put the & into your language's menu labels in a similar manner to the other languages.

The & character can appear anywhere in the given string. The letter after it will be underlined and used as the shortcut key. For example, if you write T&ables, the result will be Tables, meaning that the shortcut is <Alt+A>.

In situations where the actual label contains an & character (as in Save & Close), the message file should contain two & characters (Save && Close).

Types of Entries in the Message File

The message file has several different types of entries, identified by the first word in each line. The entry types are:

Where Messages are Used

There is a reasonably easy way to see where various messages are used. Follow these steps:

When you run the program from the first directory, you will see the internal strings associated with all the messages, all marked with a * character. For example, instead of seeing Tables on the menu bar, you will see *Tables menu. When you run MainBoss with a message file, MainBoss will display whatever string is associated with the *Tables menu string in the message file.

When you run the program from the other directory, you will see your own translations (provided that you have set your Windows regional settings to the desired language). This is a good way to compare your translations to the English original.

Note: MainBoss is distributed with a number of message files, including:

When you are creating your own translations, it might help to look at these other files to see how we made the other translations. 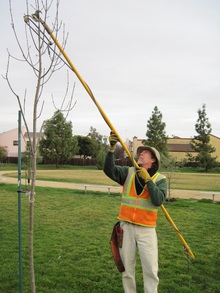