Thinkage C compilers comply with the ANSI Standard for the C Programming Language (X3.159-1989), with numerous extensions based on C++ concepts.

The most important feature of our C compilers is their ability to run on architectures that are unfriendly toward conventional C program structures. For example:

The list below gives the most recent releases of our various C compilers. All of these compilers are marketed and distributed by larger computer vendors. In some cases, a vendor may have received the designated release from Thinkage but may not have begun delivering the release to its own customers. 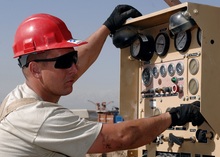