There are two builds of MainBoss for ClickOnce: 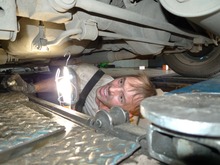