Before attempting ClickOnce deployment, make sure you have read the appropriate sections of the MainBoss Installation and Administration Guide.

Note that this web page is for people who have installed an earlier version of ClickOnce installed. If you are installing ClickOnce for the first time, click here for instructions.

ClickOnce users go to a web page to access ClickOnce. Typically, you will have a customized web page for this purpose. You may be able to re-use your existing web page with this new version of ClickOnce. However, you may have to make changes; see the Existing Web Pages section below.

This version of MainBoss does not use setup.exe. Instead, we simply require that the prerequisite software be installed in some other way. If you have an existing web page for executing ClickOnce, you should edit it to remove any references to setup.exe. The only link you need is to mainboss.application.

Once you have changed your existing web page file to remove references to setup.exe, you can copy your old web page to the MainBoss ClickOnce directory and use it as before. 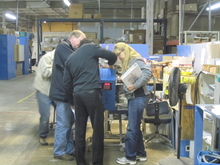 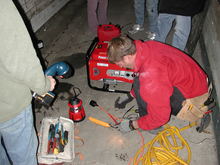